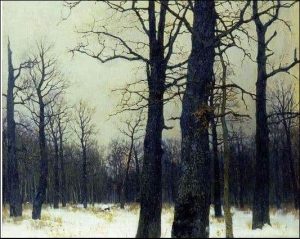 I tell you upfront that I mean to disarm you.
I see how you have defended yourself against
the shame of being alone, books that you never read,
the violence of the clocks, the whispers of others,
and the vaulted skies of December;
rightly, you resisted the relics of copper and bone,
the pungent rind of the pomegranate,
but you have not yet mastered the seductive nature
of gold coins or the sweet warmth of cinnamon;
you objected to weekdays inundated
with dirty snow, dark clouds, and hot tea,
windows that look out on cemeteries,
but not the allure of paper money and kisses.

I see that you have rejected both
the moonlight at midnight which should have told you
that you wear your secrets like trinkets of iron,
and the sunlight in winter which was meant
to be a door to another deeper world;
until now you have trusted that the surfaces
of your life were perfectly opaque,
like eggshell, and that you were going to be spared
the tremendous heaviness of the stars
when they hang low in the cold sky at twilight;
but most of all, you imagined that the little light
you created would protect you from the weight
of being human in an inhuman world.

Who would have believed that you would need
a compass and an archangel to find
a way out of the maze of your thoughts?
Who would have guessed that the stone angel
with pity in her eyes would be so moving?
Is it not unfair that the heartbreak
of loving and not being loved is not equal
in sorrow to being loved and not loving?
You would think that having a predilection
for finding the sunlight inside yourself
would count for something in the dismantling
of the self that is the natural sin
of being born of a body that one day dies;
you would think that all the appearances
you have been so eager to uphold
would collapse from their own weight
like heavy waves crashing around you.
And who would have thought that the empire of the self
would demand so much chipping away,
so many winter nights, and so much heartache?

Until now you have believed that if you
held yourself above the depths of your feelings
you could find your way back to innocence,
to clothes you outgrew, to overheated schoolrooms,
to the welcoming smell of baking bread
at the house of a relative, to your first love,
to the circus, which persists like a yellow ribbon
of light painted across your childhood mind.
Where is that child, the one that stood without thoughts
among the trees at dusk and was satisfied
to do nothing but watch the woods fill with snow,
the child who stood in churches and winter fields
and saw, with eyes way beyond her years,
the simple eternity of childhood days,
where is that child, who had nothing to hide?