Once in my role as a counselor at the psychiatric clinic where I worked, I spent an afternoon talking to a new mother. She had admitted herself after she observed that she wanted to kill her child when he cried for long periods of time. She was so alarmed by these thoughts that she left her child in other, capable hands—I believe it was her mother—and sought our professional help.

I’m not exactly sure why she chose to talk to me; maybe, because we were so opposite in temperament, she hoped that some of my detached manner would rub off on her.  She was a very emotional and somewhat volatile woman. At one point she said, “It’s the pictures I can’t control.”

This didn’t make sense to me, so I said, “I don’t understand.”

Instead of reformulating her thoughts, she just repeated what she had said before, only louder.

I explained, “I heard you, I just didn’t understand.”

Again she repeated the same words, and again she spoke louder.

I said, “Maybe if you used different words.”

But she didn’t use different words; she yelled, “It’s the pictures I can’t control!”

After speaking to her more, I began to have a better idea of her experience. She had told us that she was having thoughts about killing her son, and the psychiatrist assumed that this meant that she was hearing voices that were telling her to kill her baby, but she wasn’t hearing voices. When she couldn’t stop her baby from crying, she saw pictures of herself doing terrible things to him, like putting a pillow over his head and suffocating him.

What was beyond her to understand—I tried to explain it to her in very simple language—was that she didn’t have to identify herself with these pictures. I even suggested that by focusing on them she was only making them stronger and more likely to reappear. But she didn’t care for this line of work. She was her emotions. It was how she felt that defined her.

At one point she became so frustrated with what she saw as my unwillingness to understand her point of view that she invited one of our nurses to join us. The nurse was more in tune with the patient and she was also a mother. (She had a four-year-old son at home.) She immediately sympathized with the patient’s issue and suggested that she simply needed to find more appropriate ways to vent her negativity. The patient liked this line, and so the three of us sat around inventing harmless ways for her to vent her anger and frustration. These included sitting in her car and screaming as loud as she could, punching a pillow, and, my favorite, throwing stones into the woods behind her house.

Though our psychiatrist wasn’t a big fan of this kind of venting therapy—he didn’t think it was a long-term solution—it was taken quite seriously by the staff.  Patients regularly vented their anger and frustration at group, and patients who came to the clinic knotted up with negativity were taught that it was healthy to express what they were feeling, especially if it was negative. Of course sometimes it went too far. Once, a woman with relationship issues threw a lamp against a wall. That was considered inappropriate behavior. There was a line between appropriate and inappropriate venting, and the patients, understandably, sometimes had difficulty distinguishing where exactly one side of the line ended and the other began.

Even back then I had a pretty good idea that the vast majority of our patients were not going to be able to understand the ideas of conscious evolution, let alone be able to commit to making efforts over a long period of time, but it still felt strange to me to encourage people to express their negative emotions. I think teaching patients to vent their hostility made me uncomfortable because I understood that the expression of negative emotions essentially shuts down the emotional center. Let me put it another way: our patients were people who had psychological problems, and, in my opinion, their best chance of seeing themselves and understanding their issues was to connect, in a deliberate way, to their emotional centers, yet we were teaching them a method that made this connection, if not impossible, at least more difficult.

Of course I saw that most of our volatile patients, by the time they got to us, were beyond the possibility of transforming their issues. Most often our strategy was to help them unravel their negativity with venting and drugs and then, hopefully, let them start afresh with counseling. But the reality was that most of the patients never got past this stage. They fell into a pattern of taking drugs and venting their negativity largely because it was easy.

The mechanics of how the expression of negative emotions shuts down the emotional center is fairly simple. In ordinary life most impressions of a negative, emotional nature are rejected immediately. If you stub your toe or close your finger in a door and then curse and become angry, you reject the experience of hurting yourself. Your reaction is a rejection of the reality of your present experience, which in this case is seeing your sleep and feeling some pain. You may even express it in words: How could I do this! Internally what happens is that an impression enters you, and instead of meeting it with self-remembering (the first conscious shock) you reject it and express the energy it brings by cursing, which means that the energy, contained in the impression, is not carried further along in the alchemical octave of connecting to higher centers. It means that the shock is stopped before it can produce hydrogen 12, which is needed for the emotional center to function properly.

In the example of the new mother the mechanics are more complex. The initial impression was the crying baby, which is obviously an impression loaded with emotion. This is her son, someone she wants and is expected to feel only love for, and, on top of this, his crying indicated that he was suffering, something she would naturally identify with. This created a moral conflict. For her to reject the impression was morally wrong, so instead of rejecting it, she let it enter her untransformed. The energy, which was too intense for her instinctive center and too coarse for her emotional center, banged around in her head until, after a few sleepless nights, she began to imagine herself killing her baby. So she admitted herself to a psychiatric clinic and learned, from us, to sidestep the issue and reject not the impression but the energy. In her mind throwing stones into the woods in her backyard had nothing to do with loving or not loving her son. She learned to disconnect the energy of the impression from the impression itself. This allowed her to rid herself of the energy with a good conscience, which solved the problem, for a time.

Emotional impressions come to us in many ways. In some cases the energy (hydrogen 12) is already transformed. For example to be moved by a seeing a great painting, say a Rembrandt portrait, requires little effort on our part because the energy is transformed by the artist in the act of painting the picture. Other, more common, sources of emotional energy need effort on our part. Even positive emotions like joy need some effort because if we identify with them, they quickly become their opposite. Joy becomes sadness and exuberance becomes anger or depression. If you identify with joy, it is inevitable that you will also identify with its passing, and if you identify with the desire to be happy, it is inevitable that you will also identify with the non fulfillment of your pursuit of happiness.

The beginning of a new attitude, a new understanding of the world seems to lie in the feeling that we are an integral, an organic part of it, that it pervades us, and that all that we can see or study or imagine outside is also contained in little within us. ~ Rodney Collin

Though we tend to think of emotions as what we feel, the real value of the emotional center is that it allows us to know what other people are feeling. But using the emotional center as an instrument to see the outside world has to be learned, it has to be worked at. As long as we are only concerned with ourselves, with what we feel, as long as the emotional center is not given a chance to empathize with others, we restrict its ability to grow and embrace larger worlds. Selfishness is a hallmark of emotional immaturity not for moral reasons, but because it limits our emotional life to one small arena, ourselves. This is why work on becoming selfless is almost always a part of religious and spiritual practice. Selflessness purifies and enlarges our emotional life.

The emotional center has a voice. It can tell us many things about ourselves and about other people, but it doesn’t use words and it cannot speak to us if it is drowned out by anger, frustration, fear, and greed. It is purified by many things, by beauty, by work, but most of all by empathy, by the transformation of suffering, and by the long work of learning to not express and ultimately transform negative emotions.

Our emotions become useful to the work of conscious evolution when we begin to bring intention to what we feel. Basically bringing intention to what we feel means cultivating positive emotions. It means bringing gratitude where there was once envy or bringing compassion where there was once anger or hatred. This work goes hand and hand with self-remembering and being present. The more we are present the more we will have control over what we feel. As long as our emotions remain reactions to the outside world, as long as we believe that world makes us negative, as long as we blame others for our anger, our feelings will, at best, sometimes help us be present; the rest of the time they will simply be a hindrance.

It very often happens that the additional sensation connected with self-remembering brings with it an element of emotion, that is, the work of the machine attracts a certain amount of ‘carbon’ 12 to the place in question. ~ G. I. Gurdjieff 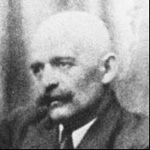 Another way of thinking about this triad is that positive emotions are transformed into higher consciousness by the effort to self remember. In other words if you add self-remembering to an emotional state, that will be the higher emotional center. We can and need to control our efforts to remember ourselves. To control our emotions is much more difficult. This is why the emphasis is placed on self-remembering rather than on becoming more emotional. In some cases the effort itself is enough to attract an emotion. An effort can contain very little or very much. Sometimes it is all we can do to be present to our body sitting in a chair or walking along a road, but at other times our efforts will include a perception of the people around us—what they feel and what they have endured—or it will include a feeling of the smallness of the earth and of the vastness of the night sky. The more we include in our efforts the more we will be able to find the ‘element of emotion’ that Gurdjieff speaks of.