Lying and Choosing to Believe 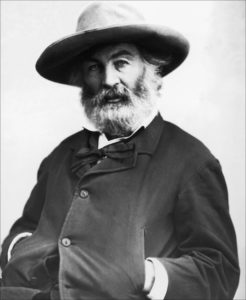 This may seem strange but when I wake up in the morning and sit up in bed and begin to remember myself, I find that the best attitude I can take is to believe that I will be able to remember myself, without long lapses, for the rest of the day. Sometimes I can convince myself that it is really possible. After all, I know how to remember myself. I have been practicing most of my life and have many tools at my disposal. There doesn’t seem to be any good reason why I can’t break through the barrier that is keeping me from a permanent state of effort. This attitude has become such a part of my work that I am sometimes surprised when I find that I have lost the thread and become identified.

Of course the reality is that I often forget myself and must continually work to retrieve the necessary focus to make prolonged efforts.  But I hold to this attitude because it seems to work better than an attitude that represents something closer to reality. I ‘choose to believe’ that I am close to connecting to higher centers in a more permanent way because I have found that it motivates me to make efforts more consistently than an attitude that represents my limitations.

During his lifetime Walt Whitman had no ‘real’ evidence that his book, Leaves of Grass, would be remembered at all. In 1874 Longfellow, a poet not much read anymore, sold a single poem called “The Hanging of the Crane” to the New York Ledger for $3,000—the highest price ever paid for a poem at the time. We don’t know exactly how much Whitman made from his book. But we know for instance that for the 1860 edition he was given an advance of $250 and no more. We also know that the later editions of Leaves of Grass sold more copies because of the scandal created by the book’s banning in Boston than out of a legitimate interest in its message. But Whitman persisted, believing that what he had to say, which is essentially spiritual, would eventually be embraced by simple Americans.  At the end of his life he regretted not having toured the country to lecture and to read from Leaves of Grass.

If I had gone directly to the people, read my poems, faced the crowds, got into immediate touch with Tom, Dick, and Harry instead of waiting to be interpreted, I’d have had my audience at once. ~ Walt Whitman

It’s impossible for us to know what Whitman actually thought about the question of his work being appreciated and understood by a large number of working-class Americans—his preferred audience—but I like to believe that he ‘saw’ that the vast majority of simple people would never take to time to try to appreciate his work, but that he ‘chose to believe’ that they would understand because it was something that was close to his heart. Maybe Whitman would have been unable to continue to write if he didn’t believe that working people—many were illiterate—could fathom the genius of his book. Perhaps it gave him the energy to go on.

The danger of this method is that we will use it to lie to ourselves and to feed, not our higher selves, but our instinctive needs. The benefits often have to do with motivation.

We all know people who lie habitually. It’s a weakness that they don’t seem to be able to control. Sometimes they lie for reasons of self-interest, sometimes just to tell a more colorful story of events.  Montaigne said of his tailor: ‘I have never heard him speak a single truth.’ For certain types of personalities, lying to others is a particular weakness, but in my experience lying to ourselves is far more prevalent than lying to others, and it is a much bigger obstacle to inner work. There are many reasons why we lie to ourselves, but the most common reason is that we are afraid of seeing our position in relation to serious questions that, if we were more awake, would confront us at every turn.

Essentially we lie to ourselves to avoid the suffering of seeing that our lives are empty and that our pursuits are shallow. The irony of the work of self-remembering is that it is the only thing that has the possibility of giving us a lasting sense of meaning and yet its practice forces us to confront the meaninglessness of what, in sleep, we take as important. Inner work—the work of self-remembering and the transformation of suffering—is a revolution. It changes what we value and how we see the world. When higher centers function, what seemed important to us no longer seems important, and what we did our best to avoid, the reality of our situation, is strengthened.

Usually when people speak about being objective, they are talking about other people or events; they are not talking about seeing the limits of their being. But we cannot have one without the other. We cannot see the world objectively without first seeing ourselves. The self is our instrument, and if we are ignorant of the instrument we use to observe the world we will make many mistakes.

At the same time we have to understand that the work we are involved in is long and that it is normal to occasionally fall into a state of apathy about our progress, and that during these times we must find ways to motivate ourselves to go on. We must chose to believe whatever it is that makes us emotional enough to continue.

People read books, attend seminars, and undergo analysis in order to discover their true selves. One finds that he is a talented actor or a writer; another concentrates on his emotions–how he feels about himself and his friends–another focuses on his ethnicity, and another on his accomplishments. In the majority of cases what people are looking for is a quality or a number of qualities that make them feel unique. They take the differences they see between themselves and other people as evidence of their individuality, and they call that self-knowledge.

In the fourth way the most important self-knowledge is not the individual characteristics that separate us from other people, it is not even the discovery of our essence; it is the reality of our being in relation to inner work. It’s very easy to delude ourselves into thinking that we’re working when we’re not. The capacity to increase our efforts, which is the only thing that allows us to connect more often to higher centers, is dependent on our ability to see the reality of when we are awake and when we are asleep. It is this reality that we need to keep before our eyes.

At the end of his life when Gurdjieff sat down to write his third book, Life Is Real Only Then When I Am, which has a stated aim ‘to assist the arising, in the mentation and in the feeling of the reader of a veritable, non-fantastic representation not of that illusory world which he now perceives, but of the world existing in reality,’ he began with a long prologue in which he describes how he had grave doubts about whether his earlier books will be understood and about how he was shot, accidentally, three times. If this prologue is read without the benefit of higher centers, I think it would be natural to ask: is this the reality that he wants us to see? One filled with disappointment and suffering?

But anybody who knows Gurdjieff’s teachings knows that the prologue in Life is Real Only Then When I Am is not about Gurdjieff’s suffering; they know it is about the realizations brought about because of his suffering. In the end it is these kinds of realizations that form the basis of our motivation to continue inner work.

In a letter to his wife the poet Rilke describes how a poem by Baudelaire called ‘The Carcass’ was not only important to him, but ‘to the whole development (in art) toward objective expression.’ He adds, ‘Artistic observation had first to prevail upon itself far enough to see even in the horrible and apparently merely repulsive that which is and which, with everything else that is, is valid.’

The necessity of learning to see led Rilke to his own artistic experiments, which would yield the two books of New Poems (1907 and 1908) and the novel The Notebooks of Maltre Laurids Brigge (1912).

I am learning to see. I don’t know why it is, but everything penetrates more deeply into me and does not stop at the place when until it always used to finish. ~ Rilke (The Notebooks of Maltre Laurids Brigge)

But in 1914 on the eve of the First World War Rilke wrote a poem called ‘Turning,’ which is a mediation on his life of ‘seeing.’ At the end of the poem he writes:

For looking, you see, has a limit
And the more looked-at world
wants to be nourished by love.
Work of seeing is done,
now practice heart work
upon those images captive within you; for you
overpowered them only, but now do not know them.
Look, inward man, at your inward maiden. 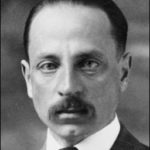 One of things we can conclude from Rilke’s experience is that seeing is not an end of inner work. What we see also has to be transformed and understood and then used to motivate us to return to ‘the work of seeing.’ It’s at this juncture that we may want to choose to believe something that makes no sense to our critical minds. Essentially choosing to believe is method of picking an attitude or a way of looking at a person of an event. Seeing what is before us is a standard that is not abandoned, but is rather nourished by how we choose to transform the realizations that are the fruit of the exercise of seeing.

A teacher, for instance, may choose to believe that his students have all the same possibilities he has, even when they give him evidence to the contrary. And he may do this not only because it benefits his students, but also because it gives him the motivation to teach and to consolidate his own inner work.

In the fourth way attitudes are chosen based not only on whether or not they yield understanding, but also whether or not they induce us to make more effort. In a sense understanding is our reward for the inner efforts we make. When we understand our situation—that we are asleep, that our actions are mechanical, and that our life here is uncertain—we will be motivated to return to inner work. But efforts, especially at the beginning, do not always give an immediate connection to higher centers. Sometimes we must work blind; we must make efforts and trust that we will find our way to a state of understanding; sometimes, when it comes to seeing ourselves and our possibilities, we have to believe that a door is open, even when our minds tell us that it is closed.