According to the Kabbalists the twenty-two letters of the ancient Hebrew alphabet are the building blocks of the universe. God manipulated these letters (into words) to create everything in the physical universe. As a result the Jewish mystic believes that he can imitate God by, first, having the proper intention and, then, by pronouncing specific words from ancient Hebrew. It is even said that each letter is ruled by an angel that represents one of the twenty-two virtues (or qualities) of the Almighty, and that these angels can work wonders for the Kabbalist who knows the secrets to using these letters to form words and prayers.

In the Christian tradition the Gospel of John, generally considered to be the most profound and mystical New Testament text, begins:

But then there were the Greek sophists, the manipulators of language for sport and profit, the forerunners of the modern lawyer and politician. Plato describes a few of them haranguing Socrates. Though they never outshine Socrates, they try, through the use of elaborate and specious reasoning, to convince him of their soulless arguments. Through their help, rhetoric, the art of using language effectively and persuasively, was born, and so language became, not a means to understand other people and the universe, but an art to convince others of any argument that profited the speaker, whether it be true or not. In their hands words, which were once symbolic or poetic, became the prosaic building blocks of argument, logic, and law.

And then two thousand years later, we get this from Shakespeare:

In our age the use of words is often thought of with suspicion because of the devious practices of politicians, advertisers, lawyers, critics, psychiatrists, and journalists, who, like the sophists, use words to try to manipulate people. They want our money, or our vote, or just our attention.

Forty years ago it was common to set words in opposition to pictures. A picture is worth a thousand words. How often did we hear that as children? But can it be said anymore that a picture or a video is inherently more truthful? Certainly the modern sophists, particularly the advertisers and politicians, use altered pictures and videos to try to manipulate the public into believing in their lies and half-truths. These days a few garbled facts, a large dose of opinion, pictures, and video are all mixed together like a recipe, not to inform people or to make them think, but to make them feel something, whether it be patriotism, or anger, or the desire to buy a new car.

It may take a thousand words to describe a picture, but a picture can’t tell you how often to water your plants or explain that the objects that surround you may not be a final reality. Much of our experience, our wisdom, is passed down through language. And the ability to use language is one of the capacities that give humans such an advantage over animals, like dogs or horses, who clearly have feelings.

It has often seemed to me that this kind of thinking, of opposing one quality with another, is flawed. Why can’t we instead begin to think in terms of cultivating both capacities and using each in its proper sphere? And why not combine the two? Why not intelligent emotion or thinking that serves the heart?

Sure, he that made us with such large discourse,
Looking before and after, gave us not
That capability and god-like reason
To fust in us unused.
~ Shakespeare (Hamlet) 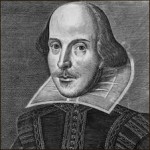 We tend to think of emotion as something we don’t control (It’s the way I feel!) and of thinking as something that takes effort, like studying for a test or figuring out a problem. But any actor worth his salt will tell you that emotions can not only be represented, but also stimulated and felt. Sometimes I think that this is why actors tend to be a little crazy in their personal lives; at some level they know, from experience, that they are not their emotions. Instinctively we all know this. Music, for instance, is a great stimulator of emotion. If we want to feel angry, we put on an angry song; if we want to feel sentimental, we put on a love song. But doesn’t this tell us something important about ourselves? Doesn’t it tell us that if we don’t like the way we feel, we can change it?

Emotions everybody has; intellect is rare; and art is difficult. ~ Goethe

In the work of conscious evolution thoughts (or steward) and feelings are mixed together with inner exercises to form triads. These triads, when employed intentionally, have the power to create a higher state of consciousness. For instance we can say that thought (first force) acting on or controlling emotion (second force) can result in presence (third force). This simple triad is in essence a formula for the working of higher centers. But really all we are saying here is that if you use your mind to transform your negative (or positive) emotions the end result will be a state of presence. There are other triads for this kind of inner work; some don’t involve thought or words at all. Eventfully the role the mind plays in the creation of consciousness is taken over by will.

When trying to be present, it is sometimes helpful to keep your thoughts (the words in your head) down, especially at the beginning. It’s very relaxing to be present without thoughts. Thinking too often means becoming oblivious to your surroundings. When your thoughts take precedence, the room where you are sitting tends to fade from your attention. When you read a novel, it is not uncommon to lose yourself in the story. You might even say that is the point: you want to escape; it helps you relax. But really what you are doing is not escaping the present, but escaping thoughts or concerns that you find stressful. You replace one set of thoughts—about your work, about not having enough money, about your relationships—with a story about a detective or a man in love. In trying to solve their problems, you forget about your problems for a while. That’s why you feel refreshed afterward.

Stopping thoughts is, in fact, a very good way to begin to be present. What this means is that, instead of trying to be present, you put your attention on holding your thoughts back. This effort inevitably brings you to the present for a number of reasons. One is that the mind is the part of us that has the ability to look forward and backward. Another reason is that our thoughts, or internal dialogue, often take up an enormous amount of space in our inner world. Stopping thoughts allows a space for consciousness. This why certain drugs sometimes produce consciousness; they stupefy the mind, which allows a space for a different state to manifest.

Though being present isn’t incompatible with thinking, it certainly seems that way at the beginning. And there are good reasons for this. Often people use the mind to hold their attention in the moment. And if you are using the mind to keep out thoughts about the future and the past, you cannot use it for thinking at the same time. But there are other ways to be present, without using the mind, and once those methods are learned it becomes possible to think and be present at the same time. Also if you believe that you are your thoughts, it gives very little room for higher centers to appear. In this case the problem is that you identify with your thoughts. After you learn to observe your thoughts and not believe that they are you, there will be no contradiction. Thoughts will come; you will think; and higher centers will observe the process.

Anyone who has taught and answered questions about being present learns to be present while thinking. Thinking, when it is done with consciousness observing, is exhilarating. The trick is to focus on being present and trust that the thoughts will come. Consciousness has to be active, which means that thinking has to be passive. Thoughts pop into your head and you observe them and decide whether or not they should be spoken. The whole process or triad is a little mysterious because the thoughts seem to come from nowhere.

Getting people to think is not as powerful and sexy as making people feel. An effective documentary will make you think, and an effective popular movie will make you feel, but a great movie or a great book will certainly make you think and feel. And if thinking is rare, as Goethe suggests, then we’re going to have to exclude having opinions from thinking because everybody has opinions. Opinions are conclusions, and are, in some cases, the result of thought. But more often than not opinions are not considered, but are instead a kind of badge that people wear to identify themselves. This kind of thinking (or a lack of thinking) is often expressed in opposites. Liberal or conservative. Blue collar or white collar. Pro-life or pro-choice. Emotional or intellectual.

The world is not run by thought, nor by imagination, but by opinion. ~ Elizabeth Drew

I’m starting to get a little tired of hearing people say, ‘Words are not it.’ or ‘words are not real,’ as if they’ve made a profound discovery. Too often this sentiment is just an excuse for using words badly. We can do anything with attention and presence, including choosing the words we use to communicate our perceptions. For me to say that words are not real is a bit like standing before a painting and saying, ‘Yes, but paint isn’t real.’ The unreality of the medium is not the point; the point is whether or not the artist has the talent and skill to communicate the scene and the mood of what he depicts. The reality is that that it is much easier to separate from thought or the inner dialogue than it is to separate from emotions. Emotions bring energy and where there is energy, there is a more of a tendency to identify. For once I would like to hear someone say, ‘These emotions! They’re not real!’

Of course words are not real. Words are tools, symbols that point to something else. I guess what they want to say is that words and books are a poor substitute for living life, and I can agree with that. But then certain books have changed my life because they have taught me how to live.

I’m going to end with a passage from Shakespeare. In this speech from The Tempest he uses words to make us feel that the entire physical universe is an illusion. 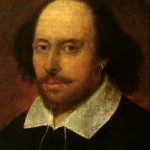 These our actors,
As I foretold you, were all spirits and
Are melted into air, into thin air:
And, like the baseless fabric of this vision,
The cloud-capp’d towers, the gorgeous palaces,
The solemn temples, the great globe itself,
Ye all which it inherit, shall dissolve
And, like this insubstantial pageant faded,
Leave not a rack behind. We are such stuff
As dreams are made on, and our little life
Is rounded with a sleep.